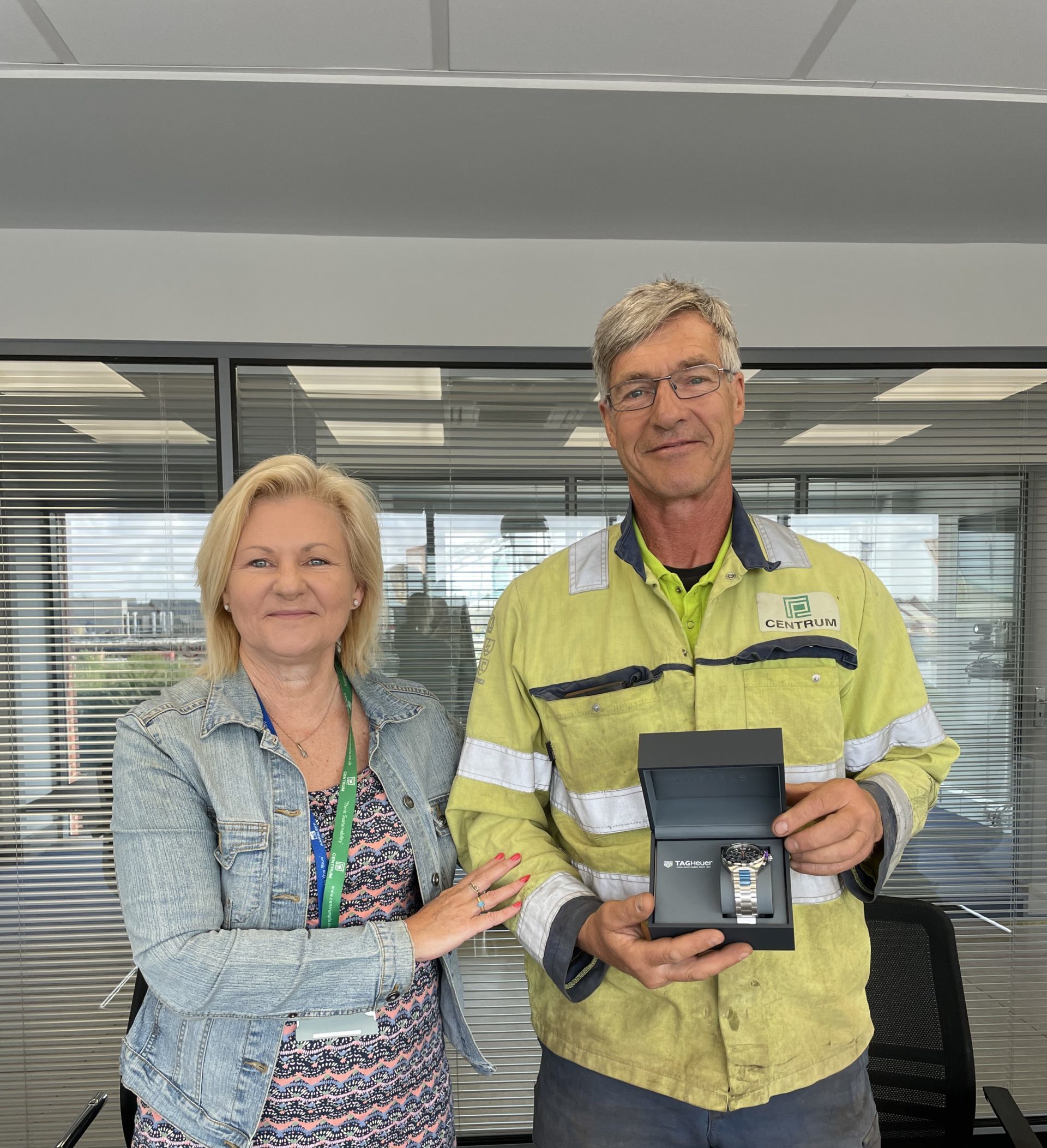 We’re delighted to congratulate Paul Robinson, Operative in Centrum’s Newark factory, on his 25 years of service with the company.

Paul started at Centrum in June 1997, following 20 years of service in the coal industry. He says, “things were very different then. There were about 12 guys and 14 moulds and none of the automation we have now. We had one crane, there’s 14 now.”

Indeed, Paul has seen almost every aspect of Centrum’s journey. The factory now operates over 70 moulds at Newark with a team of over 70. When Paul joined, Centrum operated under Aarsleff’s name and that didn’t change until 2001. The introduction of a second welding robot sped up production massively in the mid-2000s and the fully automated Centrum pile system has turned the factory into what it is today. Paul remembers when the automation was first introduced and his involvement in the testing to ensure it runs smoothly and efficiently.

Paul has been involved in almost every aspect of the site and has recently moved part time. “It’s been nice to move around. I used to just work in production but now I get all around the site, fixing handrails and signs and anything that needs doing really.”

Paul says he has enjoyed his time so far and is looking forward to finishing his working life at Centrum.

Please join us in congratulating Paul for his continued commitment to Centrum Pile. Congratulations on reaching 25 years!

This website uses cookies to improve your experience while you navigate through the website. Out of these cookies, the cookies that are categorized as necessary are stored on your browser as they are essential for the working of basic functionalities of the website. We also use third-party cookies that help us analyze and understand how you use this website. These cookies will be stored in your browser only with your consent. You also have the option to opt-out of these cookies. But opting out of some of these cookies may have an effect on your browsing experience.
Necessary Always Enabled
Necessary cookies are absolutely essential for the website to function properly. This category only includes cookies that ensures basic functionalities and security features of the website. These cookies do not store any personal information.
Non-necessary
Any cookies that may not be particularly necessary for the website to function and is used specifically to collect user personal data via analytics, ads, other embedded contents are termed as non-necessary cookies. It is mandatory to procure user consent prior to running these cookies on your website.
SAVE & ACCEPT